“You deserve to be entertained through story,” says Ryan Souter

Richard Ryan Souter was born in Selkirk, Manitoba. His parents Brian and Marilyn Souter, moved from Ontario, Canada to Selkirk in the 70’s. Brian made his living working with the federal government with Fisheries and Oceans, located on the University of Manitoba campus, while Marilyn worked as a high school teacher at Lord Selkirk Regional Comprehensive Secondary School.

Through his high school years Souter gravitated towards the areas of video production, acting classes, screenwriting, and high school theatre, playing the role of the monster in the high school play Frankenstein in Grade 11.

“The creativity bug isn’t something you ever really get rid of when it latches on to you,” says Souter. “It may lay dormant at times, but it’s always there.”

Having a strong interest in video production, screenwriting and acting, Souter and friends, David Hamm and Warren Pilozow, in Grade 12, made an independent film titled Deadly Resemblance. A passion for movie making was born.

After graduating high school Souter completed the film production program at Confederation College in Thunder Bay, Ontario. It was a crash course in filmmaking, covering the various technical and creative tasks involved in making motion pictures.

“When I look back on it now, the screenwriting and editing aspects of movie production captivated me the most,” says Souter. “For me, personally, that was the heart of the storytelling.”

After graduating from Confederation College in June 2000, Souter worked in and volunteered his time to the Manitoba film and video production industry. Over the next few years, working with local crew and cast, they completed the following independent productions: Jacko’s Truth (2003), Trio of Success (2004), Douglas the Dreamer (2005), On the Edge of Crazy (2007), and Swimming the Dream (2013). 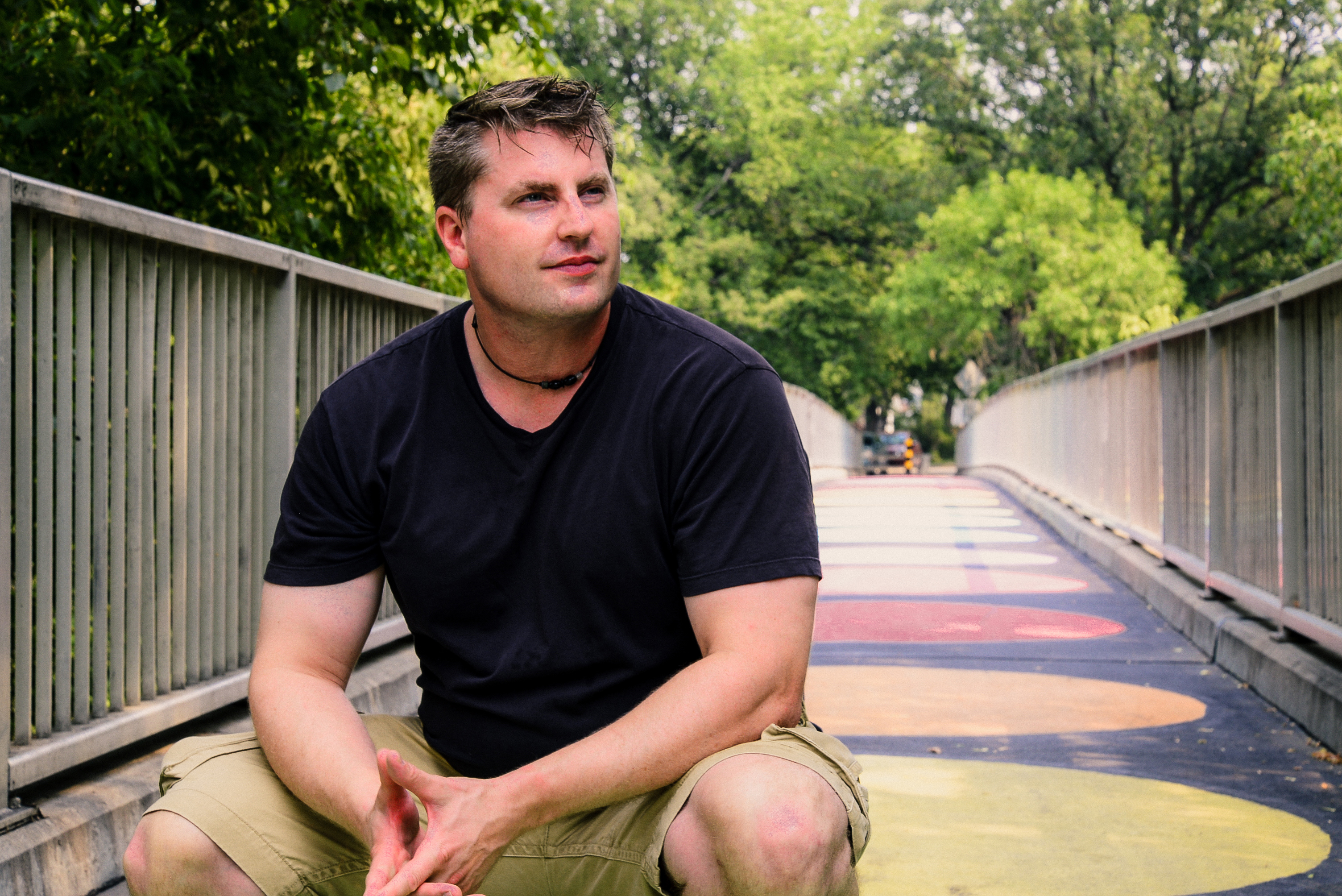 “It was a whirlwind ride of making movies and screening them. I was lucky enough to work with some very creative and talented individuals for cast and crew members. The productions were really large-scale group projects. People were amazingly helpful from providing locations, music scores, being movie extras, etc.”

Throughout independent filmmaking, Souter spent time working various jobs and taking more schooling. “I spent a lot of time bouncing around in my 20’s and 30’s having other experiences outside of movies, while still working around the film industry. Basically trying to find my way.”

But, one thing held true. “I’ve never stopped writing a story,” says Souter. “I think for a while I was kind of kidding myself. I don’t regret my experiences and the people I met, but I also feel I was a little lost in life at times. Storytelling has always remained part of me. It has been my constant, no matterif it is on the page or screen.”

The world of novel writing didn’t come to Souter until later in life (his mid-30s) since his focus was initially being solely on movie production. “Making a full-length feature movie is a substantial undertaking, creatively and logistically, dealing with crazy schedules, and dozens of people involved, to see the production through. I’ve never not had a burning desire to entertain people with story. Writing novels is another form of storytelling; the only difference is it finishes on the page, while movies finish on the screen. With writing novels it’s you with the pen to the paper, fingers on the keyboard. You have to find solace in being on your own. You need to find a quiet room and just let creativity flow while becoming immersed in creating a story world and characters.”

Souter’s first novel is the psychological, teenage thriller titled Little Devil Inside. “I’ll never stop writing novels. That’s for sure. People deserve to get immersed in another life through storytelling. At the end of the day, for me, it’s about the readers and the viewers having an emotional ride on some level.” That and novels with a literary vibe with a commercial appeal.

His newest novel, an action/adventure thriller titled Hope Rises will be for sale February 22, 2022.